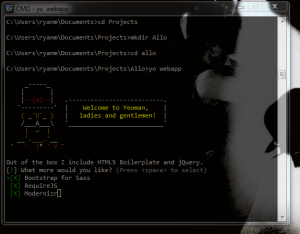 5 thoughts on “Using Yeoman on Windows 7”